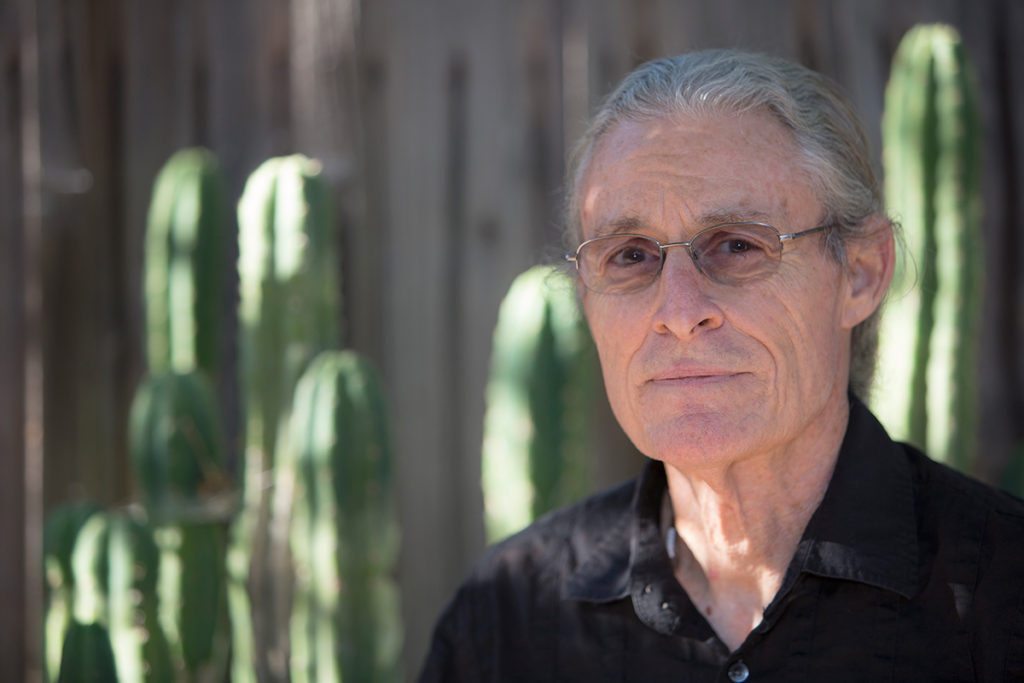 I came to the Indigenous Healing Ways to heal myself and my life. I am a combat veteran of the American War in Vietnam. I returned to civilian life in late 1969 at age 23, confused and traumatized, and sought refuge from my suffering in addictive behaviors of all kinds.

In 1985 I made my first attempt to eliminate alcohol and drugs from my life. I met a woman with a young daughter and became a de facto father to a 6 year old. In my efforts to be worthy of this responsibility I began to pray again for the first time since childhood and sought to find a spiritual path that made sense to me. My prayer was to find God in a form that I could understand.

In 1989 I went to my first sweat lodge and saw my first Chanunpa. I spent the next several years of my life deeply committed to sweat lodge and pipe. I became a pipe maker. I was given a pipe by my first teacher, a Lakota Medicine Woman and Sun Dancer. In 1992 I led my first pipe ceremony. Since that time I have led many hundreds of them with many thousands of people. Medicine Path Native American Church of which I am a Spiritual Leader and Elder has had an ongoing Tuesday night pipe ceremony for the last 16 plus years.

I discovered the plant Medicines through the Peyote, and found deep healing and permanent and lasting change in my life through those ceremonies. In 2004 Medicine Path was founded as an NAC and my work with the Sacred Pipe and the Plant Master Teachers came under the aegis and blessing of that Church supported by a blessing from Okleveuaha. Since that time Medicine Path has offered Master Plant Medicine ceremonies to many hundreds of people from all over the world.

The Master Plant Medicines contain within them all the genuine wisdom teachings of all the Sacred Ways. They teach self-discipline, self-mastery, personal responsibility, forgiveness, acceptance, compassion and unconditional love. This is profound and life-changing. The personally observable reality of this healing is the true reason for the surge in membership and interest in Sacred ceremonies all over the world.

Medicine is not a drug. A drug takes you someplace and leaves you right back where it found you. Medicine takes you someplace and leaves you with a new life. Every single time. Medicine teaches us that prayer, rather than being a form of begging or an empty ritual is the recognition of our personal relationship with Creator, and that every human being has the power to invoke that relationship in any moment by asking for help from a Power Greater than ourselves.

Medicine Path NAC teaches people to make and keep a clear and simple prayer for their lives through the Sacred Pipe ceremonies. Then, prayer in heart, it is possible for a human being to have a personal healing relationship with Creator through the plant Sacraments that can effect the permanent and lasting change we are all praying to have for ourselves, our families and communities and the world as a whole.

In this way, healing ourselves, self-chosen for self-healing, we heal the world with love instead of anger.

“He beautifully facilitated the wedding ceremony for my wife and I and offered us invaluable counsel in the months leading up to and after our marriage.”

“He can see what's going on without judgment and offer a very clear path to finding your joy. If you like clear, simple and direct guidance and if you want to be truly happy, you'd be hard pressed to find a better guide.”

“Be prepared to love yourself a whole lot more. This is a man who has been there and back. He knows what he's talking about and speaks in a way that you can hear because it's coming from a place of such love and compassion.”

"He helped me learn many important ground rules. Even today, more than 10 years later, I may find myself wondering "what would George say?" Thank you, George!"

"George is masterful and kind truly a life saver. Words cannot express how much he has helped me."

"I don't know if I'll ever need to have another session again, because he got right to the heart of the matter and left me empowered and motivated to follow my own heart. I probably will return, because it is a gift and a privilege to be in his presence."

"To have the opportunity to sit with George, to be in counsel with him is beyond psychotherapy or spiritual counseling, its similar but different, for me it is to sit with a medicine man, a healer, a compassionate, strong and clear human being who is loving, caring and uncompromising."

"I have undergone many life changes within his care and have learned the very real power of love and ability to invite even more love into my life. There is nothing flaky, false, or wishy-washy about George."

"This man is truly dedicated to healing and will be 100% honest with you. As a young woman far from my family, I value the firm but loving corrections and suggestions that I always get from this great teacher and father figure of mine."

"Talk about efficient healing. George is gifted. I've been to other therapists and left feeling utter despair. I personally don't believe one has to dig up an entire garden to get at a few weeds. George is honest with many simple truths to help illuminate and give clarity."

"George is a truly impeccable human being. His wisdom and council have allowed me to navigate my life with more joy and grace than ever before. He is that rare mix of profound, hard earned wisdom and funny, humble humanness."

"George is the same way all the time with every person: helpful, kind, insightful and trustworthy. George helped me to trust myself when I was habituated not to do so."

"The first time I met George, I felt instantly safe and comfortable. In the 4 years I've known him, that has never wavered, not once."

"I've known George for about 18 years and he's the person who's had the most positive influence on my life. He's taught me to appreciate my life on a daily basis and I will forever be grateful to the person who turned me on to him." 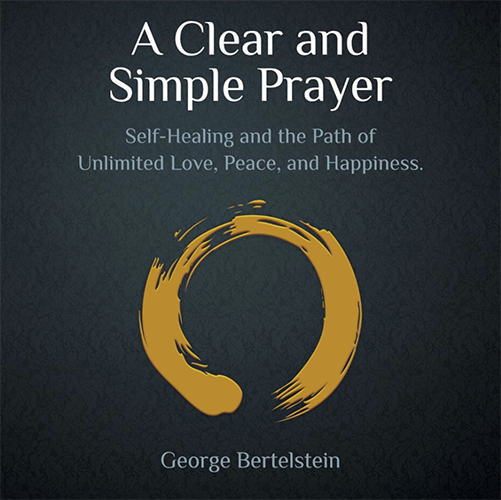 A Clear And Simple Prayer: Self-Healing and the Path of Unlimited Love, Peace, and Happiness book by George Bertelstein

A Clear and Simple Prayer: Self-Healing and the Path of Unlimited Love, Peace, and Happiness by George Bertelstein 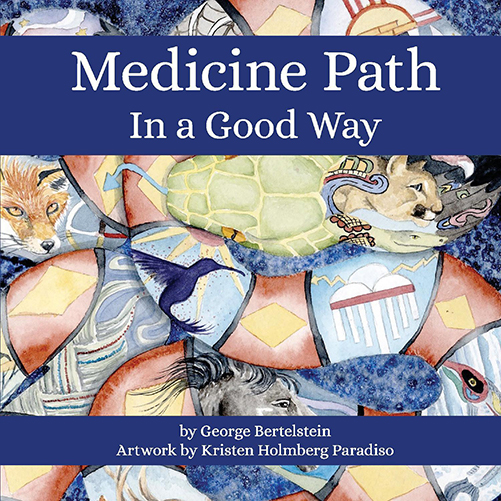 Medicine Path: In A Good Way book written by George Bertelstein with Artwork by Kristen Holmberg

Medicine Path: In a Good Way by George Bertelstein, Artwork by Kristen Holmberg

Join our confidential e-mail list for Ceremony invitations and updates.